Trying something different is a different kind of healthy

In our recent piece ‘Challenger brands that changed the game forever’ we looked at those brave and inspiring brands who are not afraid to ignore the category rules, think differently and forge their own path. Brands like PayPal, Airbnb, Spotify and Uber changed their categories intrinsically.

Now whilst a gem of an idea can move a category on, it’s the depth of a challenger brand’s thinking that keeps that momentum going and changes customer habits. In 3 years time, I wonder which challenger brands and taste changers we’ll be calling seriously impressive?

Here’s a couple we’ve got our eyes on.

Waste Not, Want Not

Food waste is a serious problem. Roughly one third of the food produced in the world for human consumption gets lost or wasted every year. This translates to approx 1.3 billion tonnes, according to the UN’s Food and Agriculture Organisation (FAO).

Many people point the finger at supermarkets but we’re all culpable, restaurants included, so it’s great to see restaurants taking the issue seriously. Even Vogue magazine have published a guide to their favourite sustainable restaurants: vogue.co.uk/gallery/best-zero-waste-restaurants

Doug McMaster, a pioneer of the zero-waste movement, opened his Brighton restaurant, Silo, in 2014. By operating what he calls ‘a pre-industrial food system’, McMaster is challenging the way the modern restaurant business is run.

At Silo, everything is made in-house. They churn their own butter, make their own almond milk, roll their own oats and cultivate their own mushrooms. All products are delivered to the restaurant in re-usable crates, food grade jerry cans, pails and urns. The re-usable ethos extends to the furniture too with plates formed from plastic bags and tables from industrial floor tiles. And all the food that isn’t consumed by customers is fed into an aerobic digester which can generate up to 60kg of compost in just 24 hours. Impressive stuff. 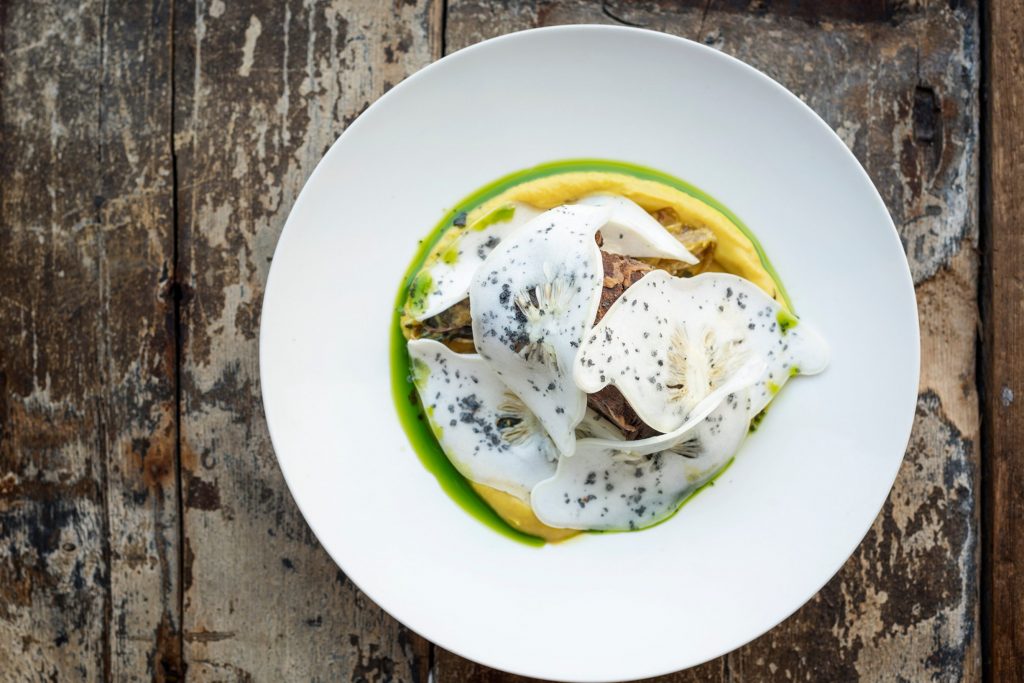 Modern cooking focuses on ingredients, whether it’s their provenance, quality or surprising mash-ups. Silo take that one step further and strip away anything unnecessary and superfluous from their business, not just the menu. What’s left is a focus on deeply held beliefs.

“At Silo we choose to provide quality through purity, adopting a more primitive diet with techniques both modern and ancient.”

Businesses that focus and sacrifice in this way make stronger statements about their beliefs, binding themselves to customers and engendering more loyalty along the way. And non-customers more readily know what the brand stands for.

Being clear, and importantly vocal, about what you stand for is another common trait in challenger brands. It’s often the harder path to take, initially at least, but ends up being more rewarding for all concerned.

Henry Ford said in 1908: “If I asked people what they wanted, they would have said faster horses.” Ford was an innovator. But not of design or engine parts, his innovation was in assembly lines, making his faster and more efficient, bringing down the cost and the price of his cars along the way. Ford’s process gave people what he believed they wanted, not what they said they wanted.

Over 100 years later in East London, IntelligentX are doing the same in brewing but this time their innovations in process are inextricably linked to the views of customers.

As customers look for more personalisation everywhere, the IntelligentX process uses drinking data to offer that. In short IntelligentX are challenging the beer world by creating ‘the world’s first beer brewed by artificial intelligence’.

In a simple bit of user experience, after drinking an IntelligentX beer, customers tell their AI what they think of it via an online feedback system. The machine learning algorithm then helps to brew the next batch, effectively letting customers choose how their beer should taste.

“We’re putting expert human brewers and our customers in the same room. This leads to creativity, structured by data, that allows us to evolve our beer.”

The idea for IntelligentX was inspired by the co-founders’ frustration with how multinational breweries use data. “We thought ‘wouldn’t it be better if we use data not to change the ads for products we don’t really want, but to change the product itself’.”

By using a technology approach in an industry based on craft, IntelligentX have found inspiration from way outside of their category. That’s the kind of challenger thinking that moves the game on and gets people talking in a way that cuts through amongst mature market monoliths and craft beer brewers alike.

IntelligentX are undoubtedly innovating the process in their category, but time will tell if giving customers more input into product development is right for product innovation.

Never fear, Amazon Go is (nearly) here
Have Amazon tapped into the future of shopping? We’re still waiting to find out…